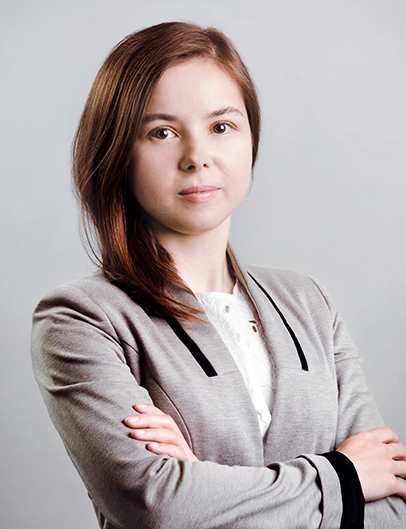 The main area of Joanna Śliwa’s specialization are matters regarding trading and renting in real estate property in Kraków and outside its territory, especially developer contracts analysis , the property legal state examination, working out the terms of renting commercial space and legal preparation of property buying and selling transaction. She also audits businesses for how protected personal data are and prepares full sets of documents connected with personal data protection. She also provides advice for transactions encompassing data transfers and prepares regulations and privacy policies for entities who operate online. Another important role in her current practice is the permanent legal service to companies, firms and establishments, including IT companies, for which she prepares or evaluates standard documents, most often including foreign aspects (framework agreement, maintenace agreement, SAAS, TAAS, SoW, NDA, DPA).

What is more, Joanna Śliwa provides comprehensive legal service to housing communities, handling the legal aspects of their current operations as well as management and pursuing their claims in their name. She also represents interests of each participant of an insolvency process, from the bankrupts as well as the creditors side.

Operating as a lawyer in Kraków and using her fluent knowledge of legal English she assists foreign entities (companies, individual clients), by helping them with establishing and managing their business activity and acquiring assets in Poland.

Joanna Śliwa participated as a speaker in a conference entitled Ideas for New Contract Law – the Acquis Principles and Proposals for Modernization of Polish Contract Law (Kraków, 2007), under the so-called Common Frame of Reference – an European Commission project concerning the creation of common legislation for contracts in the EU.

She is the author of a series of interviews with American professors, lawyers and judges about law and legal education in a comparative Polish-American perspective (TBSP UJ, 2009; ISSN – 1689-9601) and of a report on legal education in Poland, prepared at the request of Public Interest Law Institute in New York (USA) (2010).

She participated in a conference Law for Citizen organized by Institute of Public Affairs and Polish-American Freedom Foundation as an Institute for Law and Society’s expert, delivering a presentation on different forms of legal education (2012) and she collaborated on creating the report - Legal Education – Opportunities, Chances, Barriers (INPRIS, ISBN 978-83-930427-3-9).

Since 2009, while working at Kancelaria Radcy Prawnego Marcina Miśkowicza, and later Kancelaria Radców Prawnych MIŚKOWICZ PACH i Partnerzy, Joanna Śliwa has gone through the entire professional path, from an intern, through an employee, trainee, all the way to a partner, which she became in 2013.

Her passion for American law and educational model, accompanying her since university, has led her to complete post-graduate legal studies at the Catholic University of America in Washington and to obtain the LL.M. degree (2018). Back